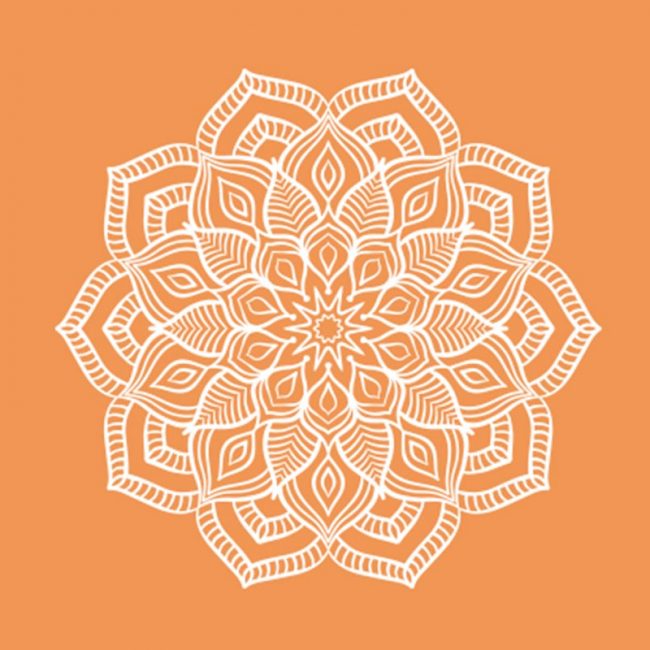 Of the many practices that are part of Kalaripayattu, Kalari meditation is an important aspect, and can have great meaning for the world today. Its calming, centering, and revitalizing effects have long been practiced and studied throughout the world and its health benefits are being used by more and more people to help manage the stress and tension that accumulates in our day-to-day routines.The steps leading to achieving the state of meditation, as in yoga, are maintaining focus leads to concentration. Concentration maintained leads to meditation.

A great deal of attention and concentration are  required in the training of ‘Meaipayattu’(kata) and other weapon applications such as the sword and shield. Kalaripayattu, regarded as the “mother of martial arts,” has been tried and tested on the battlefield and is known to be a formidable military force. Historical records show that in preperation for war, Kalari warriors would spend long periods of time in meditation and follow a strict vegetarian diet which might included certain days of fasting. This disconnection from the body and the material things of this world is likely why the warrior had no fear of death in combat.Kalaripayattu was designed, through practice and hard work, to enable a person to achieve the highest levels of physical and spiritual attainment. It’s believed that through the disciplined Kalari training, it is possible to wake-up the Kundalini power and guide it to rise  within the Sushumna of the spinal nervous system and human body.

In the ritual and spiritual traditions of Hinduism, a chakra is used to denote any phenomenon which has a cyclical or circular motion or aspect to it. For example, it is used to describe the Wheel of Time (Kala Chakra) and The Wheel of life (Jeevana Chakra), etc.
In Svetasavtara Upanishad, the highest God Brahma himself is the Source of Order and regularity or rhythm of things. Kram means order. Chakram donates the orderly progression of a thing or phenomenon Muladharam (The Base Chakra).

Muladharam, the base or ‘root chakra’ is related to survival, security and basic human potentiality. Symbolized by a lotus with four petals and four letters such as “Va, Sa, Sha, sa”. The power of Lord Shakthi, Shiva and Ganapathi exists here. This centre is located in the region between the genitals and the anus.The gonads are the endocrine organs associated with this chakra.. Muladharaml refers to the bottom of Sushumna.

Swathishtanam or the Sacral Chakra is related to emotion, sexuality, and creatuvity. Symbolized by a six pedal lotus with six letters such as “Bha, Ba, Ma, Ga, Ra, La”. Lord Bhrahma, Bharathi, and Shuklavahini vain also exist here. The adrenal glands are the endocrine glands associated with this chakra

Manipura Chakra or the ‘solar plexus’ chakra is related to metabolism, digestion and assimilation. It is symbolized by a lotus with ten petals and ten letters such as “Da, Dda, Nna, Ta, Da, Dtha, Dha, Na, Pa, Pha”. Lord Maha Vishnu with Lakshmi Devi exists here. It can be found 10 1/2 fingers above Swathishtana Chakra. The endocrine gland is the pancreas.

Anahatham or the ‘heart chakra’ is related to love, equilibrium, and well being. Acts as a source of emotional intelligence. It is symbolized by a lotus with twelve petals and twelve letters such as “ka, kha, ga, gha, nga, cha, ccha, ja,jha, nja, da, ta”.  It is located in the chest, 14 fingers above Manipura Chakra. The endocrine gland is the thymus.

Vishuddhi Chakra or the ‘throat chakra’ is the source of speech. Related to communication and growth, growth being a form of expression. It is symbolized by a lotus with 14 petals with 14 letters such as “A, Aa, E, Ee, U, Uu, ER, Ea, Ai, O, Ou, Am, Aah”. Supreme sound of life, the Lord of music l, Saraswathi, is placed in this Chakra. It is located 6 fingers above Anahata Chakra. The endocrine gland is the thyroid.

Ajna, or the The ‘third eye chakra’ is the source of intuitive or psychic knowledge and is the chakra if time and awareness of light. It is symbolized by a lotus with two petals and two letters such as “Ha, La”. Lord Shiva exists here. It is located 9 fingers above Vishuddhi chakra. The endocrine gland is the pituitary(hypophysis)

Sahasraram or the ‘crown chakra’ is the source of highest intelligence (Prajnanam). It is said to be the chakra of pure consciousness, the master chakra that controls all the others. When the rising Kundalini enters the Sahasram chakra one discovers the state of Samadhi or ‘unified consciousness’ without the distinction between the subject and object of meditation. Symbolized by a lotus with a thousand petalsand letter “Ksha”. Omnipotent God exists here with supreme power so the human body must exist as a temple. Sahasram chakra is located at the top or crown of the head, 2 fingers above Ajna chakra. The endocrine gland is the pineal.

Kalari meditation is an integral part of the Kalari system of physical and spiritual training. It aims to awaken such power centres to allow each person to reach their full potential as a human being. Free from fear and pain.

Sorry, the comment form is closed at this time.